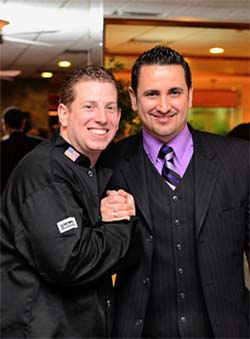 The drink menu at SweetWater is second to none. It features 24 Draft Beers and a large bottled beer selection that has both domestic, imports, as well as amazing craft beers. SweetWater also offers wines by the glass or by the bottle. With SweetWaters’ specialty drink menu that separates us from the rest, it will make it a hard decision on what to drink first.

SweetWater Bar and Grill is located on Route 130 in Cinnaminson, attached to the existing landmark, Hathaway’s Diner. Even though they are attached, SweetWater is a completely separate restaurant with its own entrance, outdoor seating and of course an exciting new menu.